....and the SILVER BAER Jury Prize goes to Maria Speth, who produced, directed, and edited MR BACHMANN AND HIS CLASS.

“In a film, you can draw attention to deep problems by sticking your finger into the wound or showing hope and giving inspiration as how to achieve a positive change. The latter is the strategy that the director of this tenderly powerful documentary chose to follow.
Always keeping the right distance, the film focuses on one of those ‘field workers’ of our society who defines the most formative years of our children, influencing deeply their attitude towards life. As seen through the eyes of the director, this teacher is unique: he reshapes, softens, and makes more human, and through that humanity makes much more efficient a system in crisis — our European educational system.
The film shows how far you can go simply with true respect, sincere communication, and with that magic all great teachers possess: sparking the fire of passion in their students by activating their fantasy.” (71 BERLINALE Jury statement) 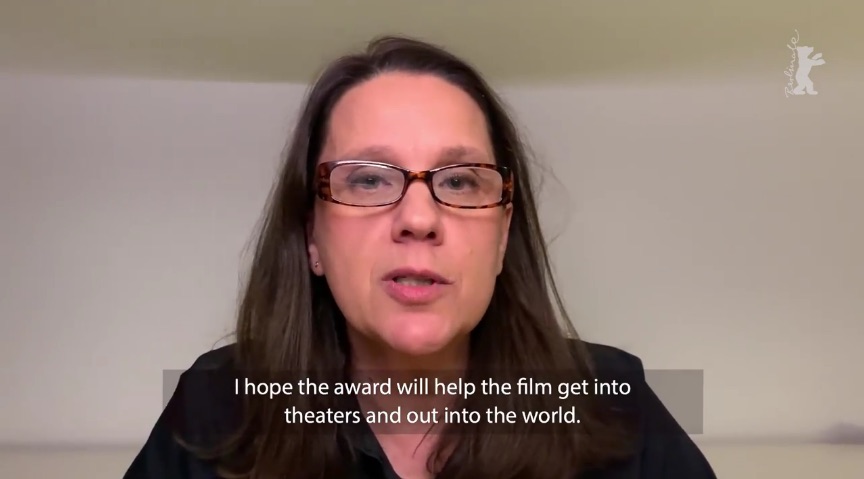 The Kompagnon-Fellowships 2021 by Perspektive Deutsches Kino and Berlinale Talents [DocStation] goes to the German documentary production WIR WAREN KUMPEL | ONCE WE WERE PITMEN by Jonas Matauschek and Christian Johannes Koch, production company elemag pictures GmbH.
The jury's statement word for word:
WIR WAREN KUMPEL tells of a paradigm shift and brings the present into the coal mine. Against the background of the closure of the last coal mine in Germany, this artistic documentary aims to show changes and new beginnings using a trans* woman miner and diverse miners: Not only is the working world in mining about to disappear as a result of the climate policy, but also the self-image of gender and role models is changing. What does masculinity look like today, and how is it manifested? In the interplay of large arrangements in cinematic images and the close documentary accompaniment of the protagonists, the reinvention of the characters and their handling of the crisis is traced. In addition to this swan song for an old form of manhood, attention is also drawn to the decline of the industry. We are excited about a film that combines intimate insights with structural questions in a multi-layered way.

71 BERLINALE 2021 is a festivals in two stages. An INDUSTRY EVENT and a SUMMER SPECIAL. Visit our virtual booth at the EFM, March 1-5, 2021 for shortcuts to the Screening Dates of the german documentaries [festival  and market screenings as well] and come back for the Summer Special June, 9-20 in selected venues in the City of Berlin. Meamtime download the 25th edition of the catalogue german documentaries 2021 and former editions as PDF here.

...will be a festival in two stages.

Due to the current COVID-19 situation, the 71 Berlin International Film Festival will unfortunately not be able to take place from February 11-21, 2021.
The Competition, Berlinale Special & Berlinale Series, Encounters, Berlinale Shorts, Panorama, Forum & Forum Expanded, Generation and Perspektive Deutsches Kino sections will have a reduced selection of films at the 71 Berlinale due to the pandemic. The great majority of them will be available online for industry professionals during the European Film Market [with industry accreditation only] in the first week of March 2021.

From June 9-20, the Summer Special will give the general public the opportunity to see the majority of the 2021 film selection at numerous cinema screenings. The city of Berlin once again will become the physical venue for the BERLINALE and the cinema will be a place of encounter and discussion. An industry accreditation for the Summer Special is not planned. 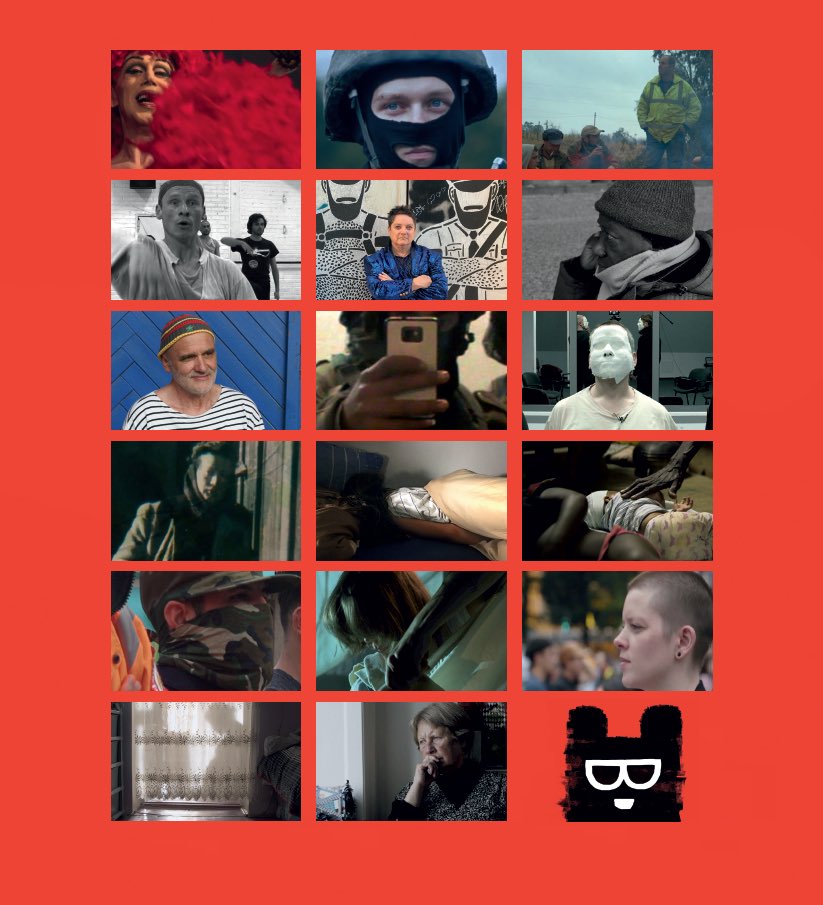 [ __SD__ leads participants of the EFM to the Screening Dates ] 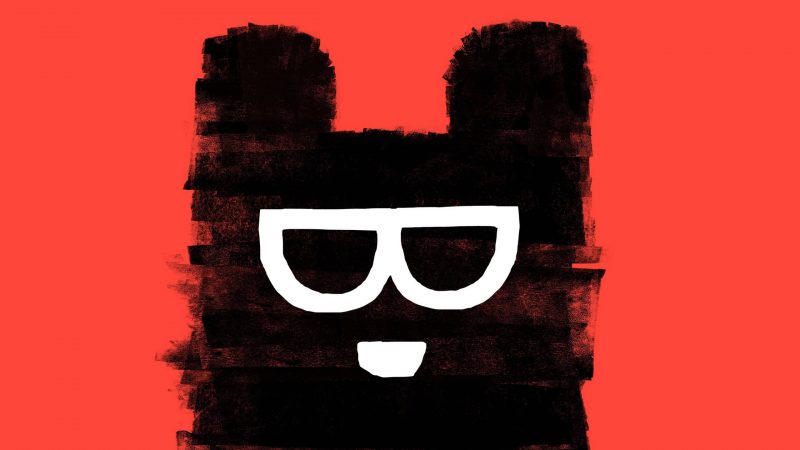 71 BERLINALE Film Selection 2021 of all sections and countries click here.

EFM MARKETSCREENINGS [click on SD for the Screening Dates) 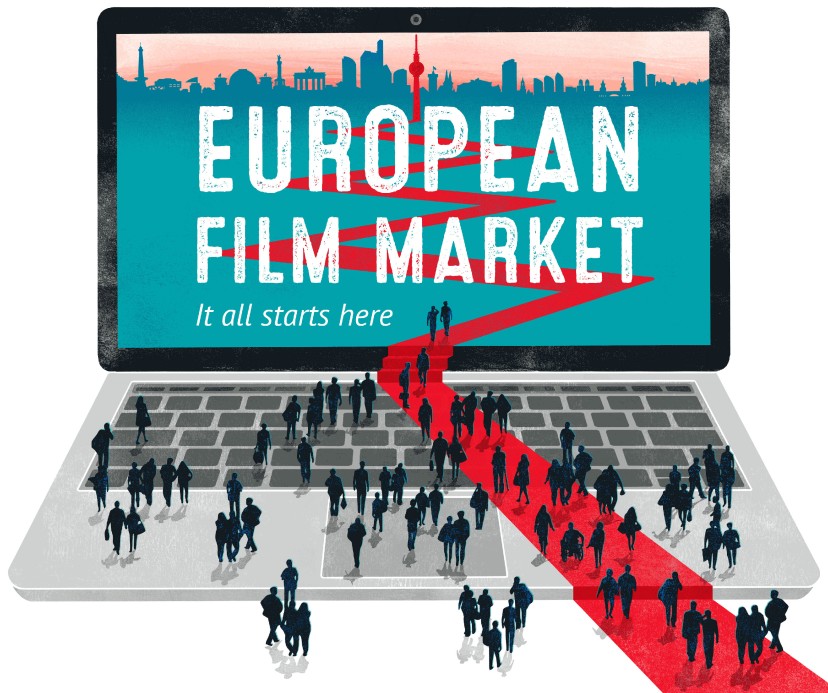 As the first international film market of the year, the European Film Market is where the film industry starts its business of the year. The 2021 edition of the EFM will take the form of an online market, offering a platform for sales agencies and institutions, online screenings and the EFM Industry Sessions: cutting-edge and interactive talk formats, workshops, matchmaking and networking events. The new dates of the European Film Market are March 1—5, 2021.

AG DOK / German Documentaries is our virtual booth under the umbrella of German Films Service + Marketing GmbH. Please visit us there.

IT ALL STARTS HERE