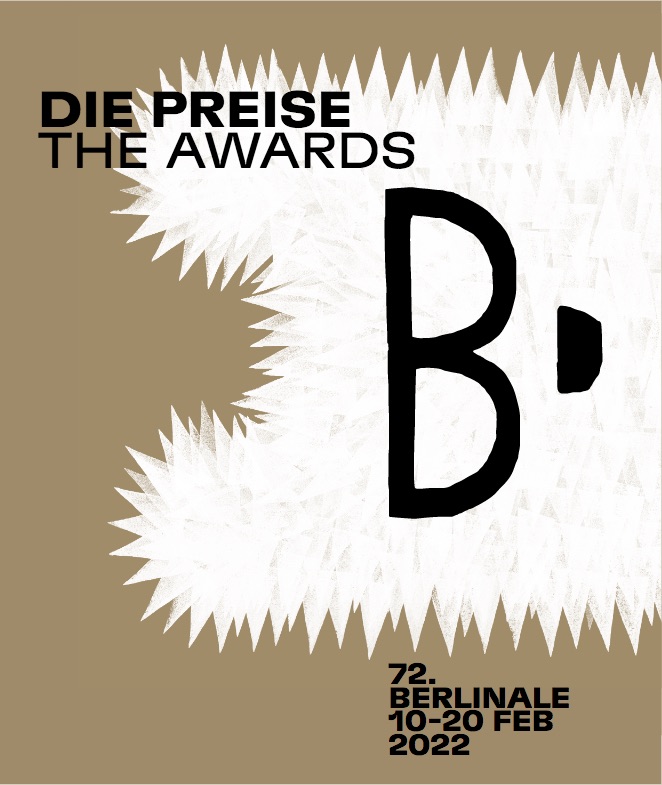 The 24th PANORAMA AUDIENCE AWARD for the best documentary goes to  LOVE DEUTSCHMARKS AND DEATH by Cem Kaya. The prize is awarded by the Berlinale section Panorama together with radioeins and rbb television (Rundfunk Berlin-Brandenburg). Cem Kaya’s dense documentary essay celebrates 60 years of Turkish music in Germany. An alternative post-war history that is at the same time a musical Who’s Who – from Yüksel Özkasap to Derdiyoklar and Muhabbet. The Panorama Audience Award has been bestowed since 1999. As of 2011, both the best feature fiction film and the best documentary have been honoured. During the Berlinale, all cinema-goers are invited to rate the films in the Panorama section on a voting card. In total around 8,000 votes were cast and evaluated.

...and the winner are the members of an anonymous film collective in Myanmar for MYANMAR DIARIES  produced by Corinne van Egeraat. Even close family members of The Myanmar Film Collective do not know, 'they did it'. Congratulations to the members of this anonymous Myanmar film collective, who want neither to give up nor to be forced into the role of victims. This is exactly why this film was made and awarded. It is a document of resistance using the tools of cinema.

All the awards of the Official Juries of the 72th Berlin International Film Festival here.
Please note: The Prizes of the Independent Juries will be announced on February 17, 2022.

A jury, comprised of three film professionals, will select one winner from Berlinale Talents and one from Perspektive Deutsches Kino. In addition to a stipend of 5,000 Euros (2,500 Euros for short films) for the independent development of a screenplay or project, the Kompagnon also provides a mentoring programme to help strengthen the filmmaker’s artistic signature, alongside professional coaching and improved industry networking opportunities. ...and the winner is
Kompass-Perspektive-Award 2022 is LADIES ONLY by Rebana Liz John
The Compass-Perspektive-Award goes to Ladies Only, a raw, honest film that concentrates on the essentials, truly standing out with its decisiveness and clarity of form. A crowd of people push their way through the narrow door of a train compartment, and for 80 minutes a transitional location becomes intimate theatre, in which we get to know various women. Filmmaker Rebana Liz John asks questions about existential issues such as freedom, family and career, and we obtain personal insights into the lives of the protagonists. She has different generations read a poem out loud and comment on it, interrelating their differing points of view. Interview moments alternate with quietly observed situations. The montage creates visible emphasis and contrasts, and takes a firm standpoint. As a result, the public space of the train compartment becomes an intimate space. Numerous situations and times of day are interwoven, and the finely crafted sound design generates continuity and tension. It takes courage to tell such a reduced story, to take a close look and to produce a socially relevant film from everyday life.  (statement of the jury)

The 72 BERLINALE has developed a new concept so that it can fly the flag for culture emphatically, even in these times of pandemic. The focus this year, therefore, will be on cinema screenings in the Berlinale venues. The health and safety of the audience at all events and strict compliance with the current hygiene regulations remain the top priority. Following recent decisions by the Federal Government and the Berlin Senate, the previously developed hygiene and security measures have been reviewed once again, so that the 2022 festival can be organised as an in-person 2G-plus event (additional masking and testing requirement).
Find the Press Release January, 12, 2022 here. More information here.

For many years now, the Berlin International Film Festival has been committed to the diversity of documentary forms. A distinct award for the best documentary film was launched in 2017.
The Berlinale Documentary Award is endowed with 40,000 Euros in prize money sponsored by public broadcaster Rundfunk Berlin-Brandenburg (rbb). The prize money is split between the winning film’s director and producer. Approximately 18 current documentary forms from the sections Competition, Encounters, Panorama, Forum, Generation, Berlinale Special and Perspektive Deutsches Kino are nominated for the Berlinale Documentary Award. [GUIDELINES] A three-member jury will pick the winner: Wang Bing (People’s Republic of China), Rana Eid (Lebanon), Susanne Schüle (Germany). More about the Documentary Award Jury.

Berlinale Special makes room mainly to documentaries that are the best way to explore our world and its legacy. From a recording studio during the pandemic to the little-known industry of synthetic diamonds, from a microcosm to be found in and around an old oak tree in France to a controversial political party in Germany, with the title EINE DEUTSCHE PARTY | A GERMAN PARTY by Simon Brückner, ending with a take on the power and ethics of photography.
Berlinale Special comprises 15 films from twelve countries, among them six documentary forms and nine feature films as well as two short films. Twelve are world premieres. Find the international LineUp of this section here.

Ten documentary works enrich this year’s programme with their stories and heterogeneous points of view. Many of them combine history and the present to open up new perspectives, make biographies visible and bring previously hidden subcultures to life. In Cem Kaya’s documentary essay ASK, MARK VE ÖLÜM | LOVE, DEUTSCHMARKS AND DEATH | LIEBE, D-MARK UND TOD, the director orchestrates material from 60 years of alternative German post-war and Turkish-German cultural history. Berlin singer-songwriter Bettina Wegner is the focal point of the film portrait BETTINA in which Lutz Pehnert deploys meticulously researched and arranged archive material to tell not only the biography of an artist, but also the history of the divided Germany.
The camera as a tool for self-reflection and a way to search for clues is a recurring motif in films such as NO U-TURN from Nigeria, in which we set off with director Ike Nnaebue on a cinematic journey retracing his steps from Lagos to Tangier, the continent-traversing route he first travelled as a teenager in hope of a better life. Along the way, he draws a multinational and multilingual portrait of African migration.

Perspektive Deutsches Kino 2022: An Echo of the Past

Seven feature films and documentaries have been invited to Perspektive Deutsches Kino 2022. From this year onwards, the section also wishes to draw attention to other skills that shape the creative process of filmmaking. In addition to the traditional appreciation of directing and production, in the future, there will also be a special talent in every Perspektive film presented from another discipline.
For the first time in 2022, the programme will therefore feature in addition to six female directors and a male director, Perspektive talents from the fields of documentary filmmaking, camera, editing, production and production design...

The two documentaries SORRY GENOSSE | SORRY COMRADE and LADIES ONLY make up the programme. SORRY COMRADE by Vera Brückner (P: NORDPOLARIS; Perspektive Talent Production: Fabian Halbig) introduces us to the incredible love story of the Thuringian medical student Hedi and the West German left-wing activist Karl Heinz. This playfully depicted story of a ludicrous escape opens up an unusual view of the German-German past. In the documentary LADIES ONLY by Rebana Liz John (P: KHM; Perspektive Talent documentary filmmaking: Rebana Liz John), we become acquainted with women in the women's compartments of local trains in Mumbai who give us an insight into their perspectives, hopes and anger and create a colourful picture of the faces, languages and cultures of Indian society shining in a stylish black and white film.

Angry and free, courageous and tender, eloquent and introverted. Shining the spotlight on fresh, untamed, resonant voices in the world of young cinema, the selection of this edition’s two competition programmes Generation Kplus and Generation 14plus comprises 24 feature-length films and 28 short films. 12 feature film debuts, more than 50% female directors, a wide range of cinematic forms and perspectives.
The cinematic forms and imageries are as creative, free and unconventional as the protagonists themselves. In addition to numerous fictional works, eight documentary forms enrich this year's feature film competitions. By virtue of animation or staging, the filmmakers experiment with the concept of hybridity and thereby focus on questions of framing and the ethics of their work processes. KALLE KOSMONAUT by Günther Kurth, Tine Kugler, the German documentary production in this section, is a long-term documentary about Kalle, a boy from the prefabricated housing projects along the Allee of the Cosmonauts, paints a different picture of Berlin: 'Poor' is not 'sexy' here, it means: bad opportunities. The directing duo respectfully accompanies Kalle and leaves the charismatic boy to speak, supplementing scenes with animated sequences by Alireza Darvish where background knowledge is meaningful. 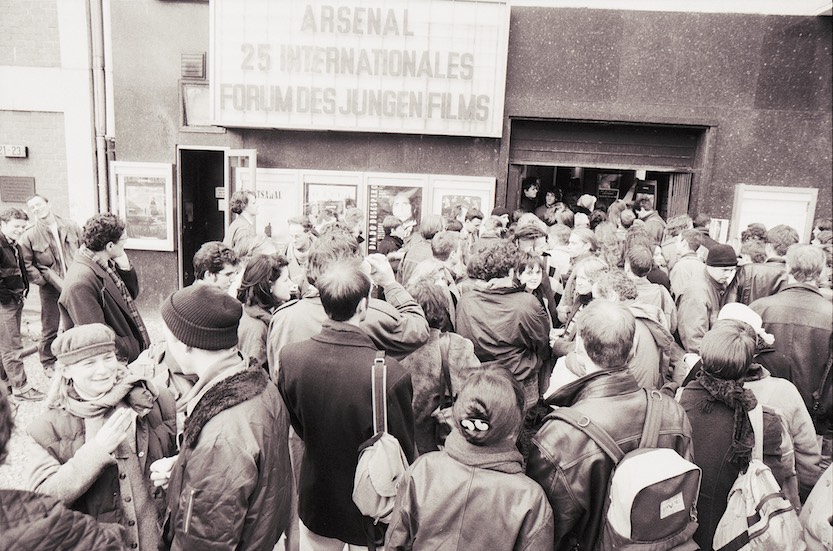 The selection process for the 52nd Berlinale Forum made one thing very clear: however much the pandemic may have paralysed life in our societies, filmmakers worldwide have lost none of their inventiveness and artistic desire. The works selected - 27 feature-length works in the main programme, 14 feature-length works and shorts in the Forum Special programme - are a dazzling demonstration of this, among them the German/French documentary co-production – an archival explorations by Alain Gomis’ REWIND & PLAY with THELONIUS MONK.

Many films from the Forum and Forum Expanded programmes are subtitled. After the festival, they can remain in Berlin and potentially be distributed. This means that the works can equally enjoy a life beyond the festival itself, finding their way into the non-commercial cinema landscape and other festivals, biennales and exhibitions across the world. In the long term, they are also added to Arsenal’s Living Archive.

Forum also takes a look at its own history. Alice Agneskirchner’s film portrait KOMM MIT MIR IN DAS CINEMA – DIE GREGORS | COME WITH ME TO THE CINEMA – THE GREGORS is dedicated to Ulrich und Erika Gregor. With film excerpts, archive footage, re-enacted scenes and interviews, the Berlin director examines the biographies and considerable impact of these two legendary film curators without whom Forum would not exist.

An Awareness of History. Nine Film Programmes showing as a Forum Special, are including German documentary productions in the programm Fiktionsbescheinigung. Movies, that are either historical works now available in newly restored prints or reflect on the history of Forum, such as:

NEW: EFM Documentary: Rough-Cut Presentations
In partnership with institutions and associations worldwide, the EFM is presenting a selection of documentaries in the rough-cut stage for the first time. Similar to the showcases at the Berlinale Series Market, the Rough-Cut Presentations provide a platform for documentary filmmakers to present, pitch and discuss excerpts from their films in a cinema on Potsdamer Platz for buyers, festival programmers and sales agents.

At the Berlinale Series Market, director Georg Tschurtschenthaler and producer Christian Beetz give a first look at their new true-crime series. REEPERBAHN Special Unit 65 tells the story of the fight of Germany's first special unit, Fachdirektion 65, against organized crime in the 1980s. The central setting is the red-light district of St. Pauli, where a brutal battle for money and power unfolds.

European Film Market, Berlinale Co-Production Market, Berlinale Talents and World Cinema Fund to go online.
Traditionally at the beginning of the year, the central platform for trading in rights to films and audiovisual content gives an outlook on the production, evaluation and trading activities in the coming months, and makes Berlin the meeting place for producers, distributors, and sales agents from all around the world.
Visit our virtual booth under the umbrella of German Films @EFMonline, the easiest way to find out the screening schedule of german documentaries @EFM'22.

…by the way, there is no section LOLA@BERLINALE due COVID-19 regulations.