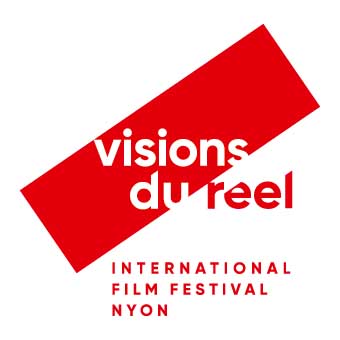 THE ABSENCE OF APRICOTS by Daniel Asadi Faezi [Competition]

ISLAND OF THE HUNGRY GHOSTS by Gabrielle Brady [ Competition ]

OF FATHERS AND SONS by Talal Derki [Grand Angle]

During the festival, Les Ateliers offer a RETROSPECTIVE and a MASTERCLASS:
PHILIPP SCHEFFNER or the exploration of the folds of history.
A unique voice in contemporary German documentary filmmaking, Scheffner questions, throughout his work, the construction of 'truths', whether these are media-based (Day of the Sparrow, Havarie), legal (Revision), historical or anthropological (The Halfmoon Files). Often starting from news items, his work puts his subjects into perspective in order to examine how they are reported to us. His filmmaking is also marked by a profoundly human process in which the protagonists are approached as equals...
The Visions du Réel Masterclass will be given as a duo, with the German writer and filmmaker Merle Kröger, who, with Philip Scheffner, co-founded the pong production platform in Berlin. The Masterclass Philip Scheffner and Merle Kröger will be held on Thursday 19 April 2018, at 10:00. The screening dates of their documentaries can be found here. 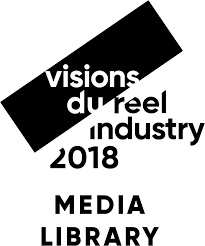 A Selection of about 400 creative documentary films from 2017/2018 are available. The Media Library includes all films from the official selection [as mentioned above], as well as more than 150 titles, recommended by professionals, for accredited professionals only, and including following

THE ARTIST & THE PERVERT by Beatrice Behn, René Gebhardt ===.

BLUE FOR A MOMENT by Antoine Prum

DIGGIN' THE GARDEN by Abendschein Silke

far. the story of a journey around the world by Weisser Gwendolin, Allgaier Patrick ===

KOKA, THE BUTCHER by Bence Máté

LUCICA AND HER CHILDREN by Bettina Braun

MOVING INTO THE INFINITE by Carola Stieber === .

THE TRIAL by Maria Augusta Ramos ===

THE CONGO TRIBUNAL by Milo Rau ===

WHEN PAUL CAME OVER THE SEA by Jakob Preuss ===.