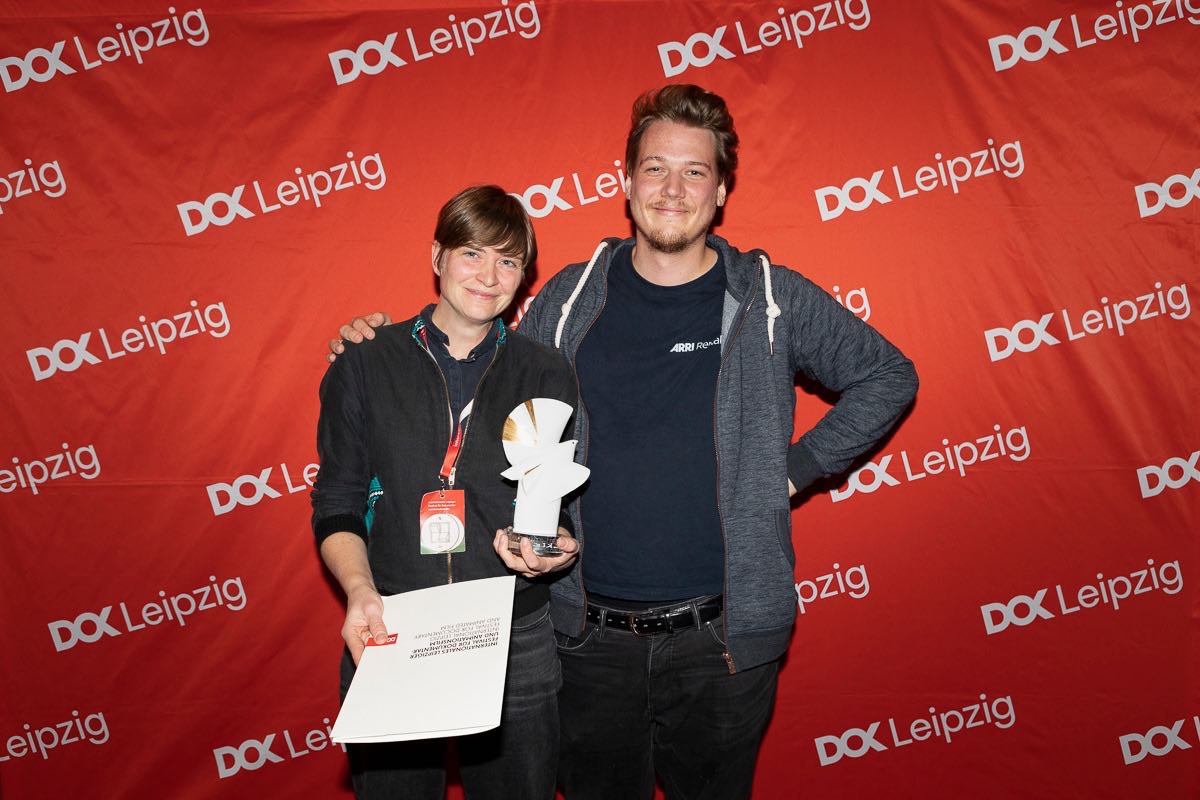 Recordings of many industry talks  as well as the podcasts are available online until 14 November 2021.

Lights off and … Showtime!

Six competitions and one section out of competition at 64 DOK Leipzig 2021 are presented.

DOK Leipzig looks forward to welcoming you back! Whether you will be in Leipzig or online, the DOK Leipzig team is thrilled to invite you to take part in an intense and inspiring festival week and celebrate the film community.

In 2020, DOK Leipzig took place for the first time as a hybrid festival against the backdrop of the COVID-19 pandemic. And what’s to come this year? DOK Leipzig will return to big screens in the fall! For the 64th edition taking place from 25 to 31 October, it's planned to air the complete film programme in selected Leipzig venues, and to celebrate a week of documentary and animated film with our audience on-site in Leipzig.

The selection committee has nominated a total of 15 productions for the German Competitions Long and Short Documentary and Animated Films. Some of the directors involved have previously had films screened at DOK Leipzig, for example Katharina Pethke, Betina Kuntzsch and Johanna Seggelke. Female film-makers are heavily represented in the German Competition, having directed seven of the eight long documentary films nominated.
These are the topics of this year’s nominations:
As usual, some of the productions focus on current political issues. Topics include the situation of refugees in Camp Moria on the Greek island of Lesbos, the migration factor for families in the Dominican Republic and the protests against Alexander Lukashenko in Belarus.
Some films draw a connection between political and aesthetic discourse, for example in works about female body hair, a socialist monument in the Prenzlauer Berg district of Berlin and the colour of the 100 yuan note in the People’s Republic of China.
Other works in the competitions portray extraordinary individuals and are partly the result of intimate relationships. Two films, for example, deal in very different ways with the documentary images of a past love. Two other works focus on soundscapes by portraying a musician, who continues her father’s musical legacy, and a passionate instrument-maker.
Who awards the Golden and Silver Dove? This year’s jury consists of film-maker Maria Speth, festival director Gudrun Sommer and film lecturer and director Carsten Möller. The jurors will jointly determine the winning films of the Golden and Silver Dove in the German competitions of DOK Leipzig.

The awards of the festival – the Golden and Silver Doves – and further prizes presented by our partner are awarded in the competitions. Find out about all winning films last year at DOK Leipzig 2020 here. Who actually decides which films receive awards? DOK Leipzig’s winning films are selected by independent juries.

After the festival week, DOK Stream will launch online to serve those who wish to either deepen their festival experience or visit DOK Leipzig wholly online. The VoD film programme will feature a selection of festival films accessible to the German public during the first two weeks of November 2021 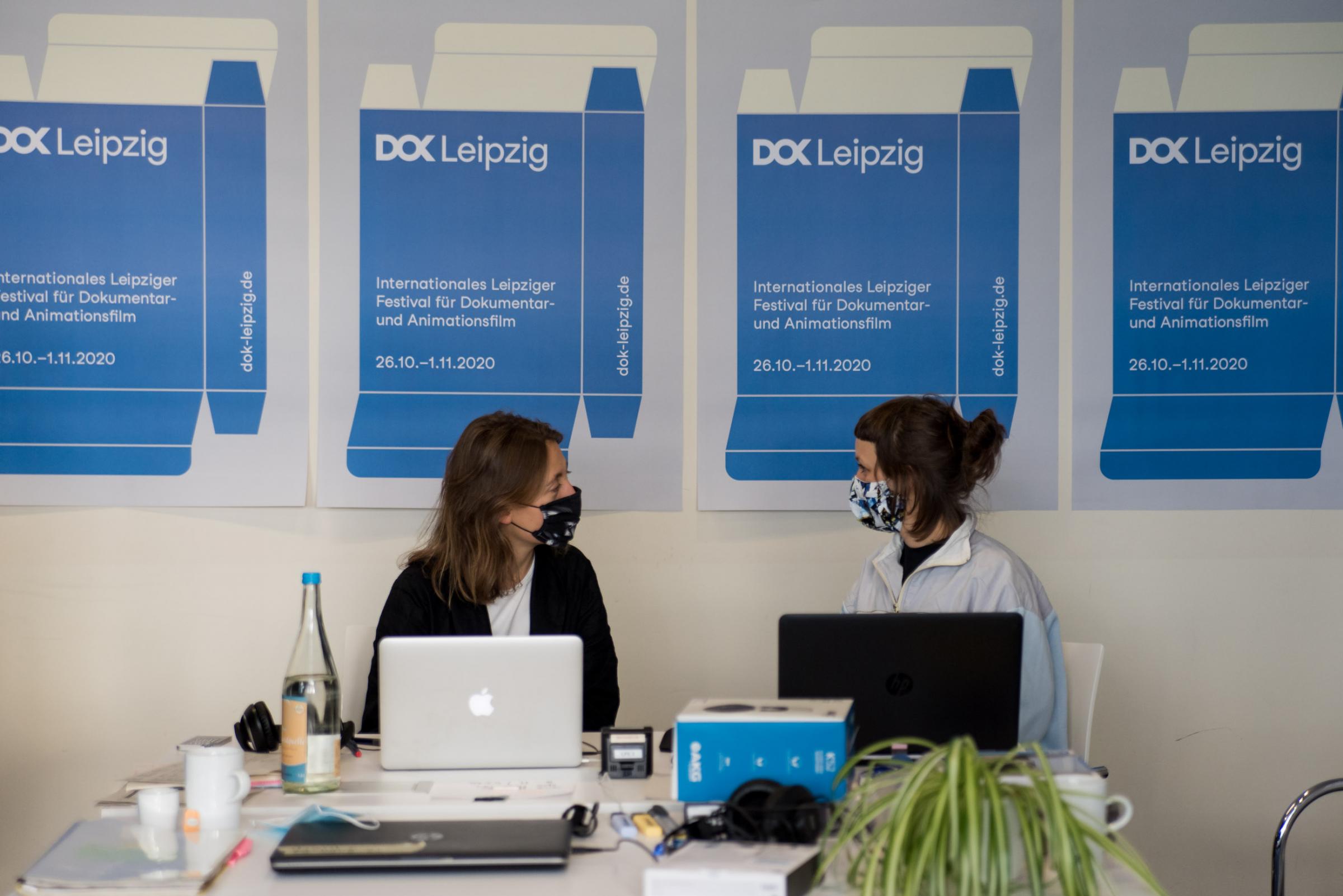 Recordings of many industry talks  as well as the podcasts will be available online until 14 November 2021! DOK Preview Germany — D-Facto Motion Work-in-Progress Prize
Eight new and unusual German creative documentaries were presented at DOK Preview Germany in cooperation with German Films and AG DOK. The D-Facto Motion Work-in-Progress Prize – a post production grant of 10,000 € – is given out to one of the selected German documentary projects. This year’s winner is PRESIDENT’s TAILOR – FROM AUSCHWITZ TO THE WHITE HOUSE by Director and Co-Producer Rick Minnich and Producer Mike Brandin.

Find more information about all the others 2021 DOK Industry Prize Winners here.

Every year, about 1,600 professional guests from more than 80 countries come to Leipzig to participate in over 50 events under the umbrella of DOK Industry. In 2020, the complete DOK Industry Programme took place online. This year, we look forward to welcoming you back!
DOK Industry Online offers networking opportunities with the highest-quality German and international decision makers and funders in a cosy, laid back atmosphere. This is the meeting place for artistic documentary and a hub for interactive and immersive arts practitioners and experts.

DOK Co-Pro Market: 35 projects from 36 countries selected
From 25 to 29 October authors, directors and producers will meet potential co-production, financing and distribution partners. The DOK Co-Pro Market 2021 is planned as a hybrid event with individual meetings and networking opportunities taking place in Leipzig as well as online.

Co-Pro Market: Call for Producers without a Project
DOK indystry invites producers who are actively looking for new audio-visual works to co-produce and to expand their networks internationally to apply as a producer without a project for participation in the DOK Co-Pro Market. The deadline is 27 September 2021

TALKS AND EVENTS .In connection with the film programme the audience is invited to join for various talks. Admission to most of the discussive programming is free.

In the MEDIA LIBRARY , you can find the festival trailer and cinematic statements by filmmakers. Once the festival has started, you can also watch recording of selected talk formats and our masterclasses here.