Chile's Official Oscar submission, directed by Maite Alberdi. Congratulations to the German co-producer Ingmar Trost, CEO of SUTOR-KOLONKO and the whole team of the Chilean film production EL AGENTE TOPO | DER MAULWURF | THE MOLE AGENT , an 83-year-old man poses as a resident in a Chilean nursing home to see if he can find signs of abuse. 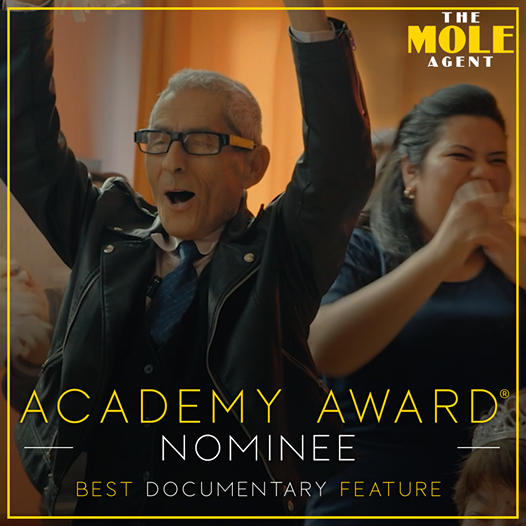 Q&A with the team
• at SUNDANCE
• at DOC NYC

NOTTURNO by Gianfranco Rosi, an Italian, French, German coproduction has been shortlisted for the 93rd Academy Awards Documentary Feature as well.

The winners of the 93rd edition of the Academy Awards will be announced on Sunday, April 25