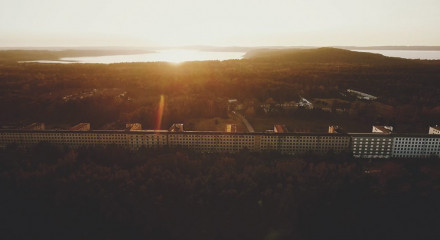 Some are fascinated by its arc...

NOW Collective was founded in 2019 in Berlin by filmmaker, artist and executive producer Nico Weber*, bringing together an international network of outstanding freelancers and cooperation partners in the fields of film, design, art, and media. The collective has grown over more than twenty years in cooperation with nico weber_film.

NOW Collective sees itself as the strategic arm of a growing media collective that performs in various creative roles: developing and producing its own films for cinema and television as well as for institutions and companies worldwide, creating works of contemporary art, curating exhibitions, publishing texts and books, staging events, initiating processes. Its hallmark is first-class dramaturgical and visual quality in outstanding storytelling with a timeless character.

*Nico Weber (*1967 in the northern Black Forest) is a director, artist, and executive producer – the latter with reluctance. Her choice of subjects is unconventional, her authorship clear. She works along the borderline between narrative film and other cinematic forms in search of the connection between a form and its content, in order to immerse herself in other universes.

Since studying philosophy, political science and German language and literature, she has worked on journalistic and artistic films primarily examining philosophical questions, above all the challenges of the supposedly "unfilmable"; in the process, she has developed an associative and idiosyncratic film language that is permeated by a principle of radical subjectivity with an empathetic passion for her subject.

After working as a print journalist for "Die Woche" and as an editor and author for the chief editor of the current affairs and special programs at ZDF and for the program 3sat Kulturzeit, she became a freelancer. For more than 20 years, her films for the public broadcasters in Germany, France, Austria and Switzerland have been shown on ARD, ZDF, arte, 3sat, ORF and SRF and have regularly crossed borders. Today she is engaged at the interface between film and visual arts and embarks on film trips throughout Europe, Asia and the USA with her company, NOW COLLECTIVE, working with artists in her field in camera and editing. She has received several awards for her films. At the moment, she is working on her next cinema project: ZZYZX, a film essay about "Poetic Doing" (90min)
(www.nicoweber.com)