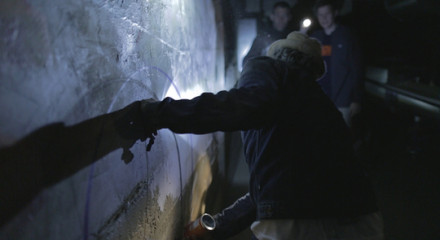 Gifted Films was founded by Reza Bahar in early 2005 in Ludwigsburg. 2012 Reza Bahar overtook all the shares of the Maranto Films GmbH which was renamed in Gifted Films West and is in Cologne. Gifted Films sees its origin in collaboration with talents wanting to tell authentic and imaginative stories, talents who have a gift for telling stories in their own style. The aim of the company is to grow with these talents and also work with established authors and directors, on international solo and co-productions, creating synergies for their talents. This is reflected in the portfolio. After the success of the productions TEENAGE ANGST (director: Thomas Stuber, Student Acadamey Award Ainner) and DER BLAUE AFFE (starring Matthias Schweighöfer) comes BASTARD (starring Martina Gedeck), the feature film début from Carsten Unger which opened 2012 the 45th Hof International Film Festival, parallel to the French-German-Belgian co-production THE NUN with Isabelle Huppert and Martina Gedeck early 2012, directed by the renowned Guillaume Nicloux. Worldpremier at the competition of the Berlinale 2013. 2016 the bestseller from Erik Fosnes Hansen THE LION WOMAN directed by Vibeke Idsøe and starring Rolf Lassgård, Burghart Klaussner, Ken Duken and Connie Nielsen opened the international Norwegian Film Festival in Haugesund.