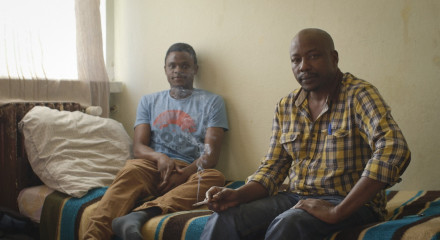 Their arrival in Germany is no...

PENROSE FILMs passion is to tell stories with an entertaining approach and a high-toned content. We choose projects independent from genre, but always with the intention to find a significant story which should be told.
PENROSE FILM GMBH & CO.KG was established in August 2008 and is based in Berlin, Germany.Tthe managing partners and founders areFelix Eisele, Julia Kleinhenz and Katja Siegel. In its core business PENROSE FILM (co)produces national and international fiction and documentary features for cinema and television.
With a joint venture between PENROSE FILM and the Stuttgart based television production house AV MEDIEN, the shareholders of PENROSE FILM established a second film company in 2009: AV MEDIEN PENROSE GMBH. The company’s primary focus is the production of high quality TV productions – documentaries and series – as well as to co-finance the feature film projects of PENROSE FILM.