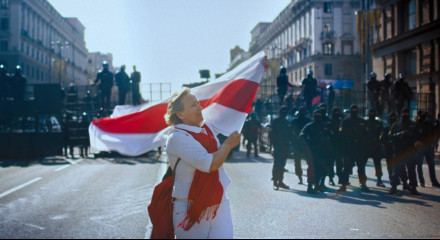 During the presidential electi...

The Living Pictures Production GbR (LPP) is a young, emerging production company located in Hessen, Germany. The credo of LPP is to produce international documentary and fiction films of high artistic value. The company was founded by Jörn Möllenkamp, Giorgi Abashishvili, Behrooz Karamizade and Aliaksei Paluyan.
LPP has production experience at home and abroad (including Belarus, Iran, Georgia). Our films are screened at internationally acclaimed film festivals and have been nominated and awarded worldwide. Among others: nominated for the German Short Film Award, selected for the European Film Award and longlisted for the OSCARS.
In addition to a strong network of production partners in Germany we have also very good contacts in the international film industry.